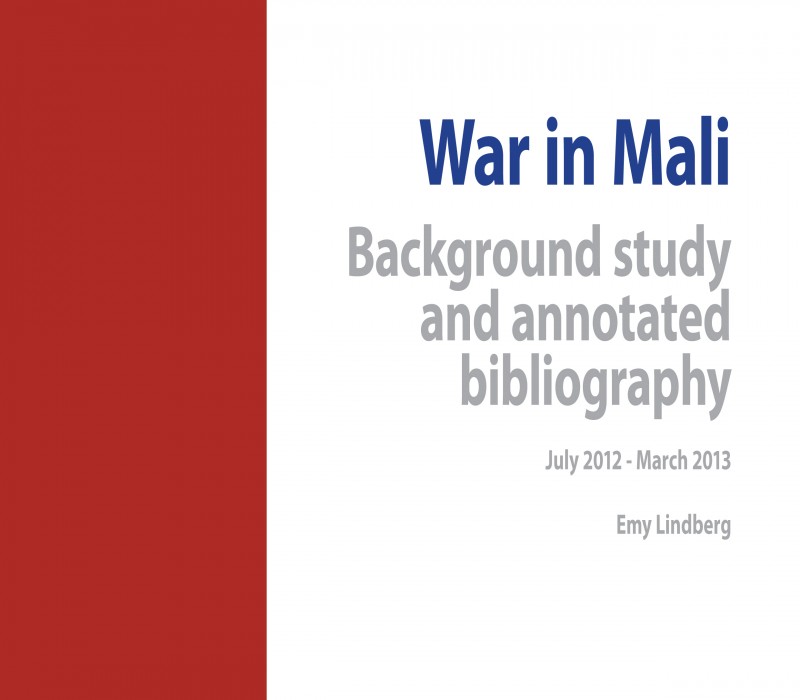 Not long ago, Mali was considered a beacon of stability and a model of democratic evolution in West Africa. The country then experienced a military coup in the capital in March 2012, followed by the usual post-coup volatility and uncertainty. In the immediate aftermath of the coup, armed insurgents swiftly took over half the country. It did not take long to dismantle a country that on the paper appeared to be functioning, stable and democratic. French troops intervened in the conflict in the north. Yet even if this intervention put a stop to the outright threat of the insurgents taking over the south and significantly shifted the balance of forces in the north, it did not end the conflict. The insurgents have dispersed into remote areas in the sub-region, changing their tactics to terrorist-like activities. Different forms of political negotiation and reconciliation are certainly needed in the region. With the current global clash between radical Islam and the Western “War on Terror”, northern Mali will probably continue to be contested terrain for a long time. In the meantime, a transition to democratic rule is planned for the country, with elections scheduled for July this year. In all likelihood, this will prove to be only an illusory end to an intense power tussle over state control in Bamako.